Want to know how to do hand-only CPR? (disregard their emergency number)

Great article on mount snow patrol in the Deerfield Valley news….(article here or below)

For the love of the job: Ski patrollers put in several years of service
by Christian Avard

DOVER- Last Saturday, the Mount Snow ski patrollers held their annual end of the year banquet at The Lodge at Mount Snow. While they were celebrating the winding down of a ski season, many of them were also celebrating milestones. This year, they honored those who put their time and effort into safe skiing at Mount Snow.

The Mount Snow ski patrol comprises 25 paid staff and 60 volunteers. They work year round covering festivals, bike races, concerts, and other miscellaneous events. Many are paramedics, registered nurses, emergency medical technicians, or served in the Armed Forces. The members of the ski patrol go through extensive training on a yearly basis. Training includes simulated accidents and lift evacuations, and lectures by medical professionals. Mount Snow also has a junior ski patrol program that teaches young skiers about skiing safety and community service.

Above all else is their level of experience. Bill Holmes celebrated his 31st year on the ski patrol. Holmes likes the challenges of ski patrolling because it gives him a chance to rise to the occasion and help someone in need. Ski patrolling has changed significantly over the years and Holmes said that today’s patrollers must meet certain qualifications in order to join. “Basically when all of us started, they asked that we have basic first aid training and could ski well. Now we’ve upped the ante and we’re constantly training and doing the scenarios to better our skills,” said Holmes. “When a call comes over the radio and when you leave the building, you have no idea what you’re going to find. It could be as small as a sprain or major trauma such as death, which has happened.”

Jim McDevitt celebrated 41 years as a ski patroller and he believes ski patrollers return every year because of the friendships they make and the memories they share. McDevitt joined the ski patrol in 1969 and has been involved in hundreds of rescues. He said the Mount Snow ski patrol is a talented bunch and “very skilled” at what they do. But aside from the seriousness, McDevitt said the ski patrollers have had their share of wacky moments.

He recalled a time he and a couple of other ski patrollers drove cars up Mount Snow in the dead of winter after a night of celebrating.

They raced up Hot Shot Corner on Deer Run in a brand new Mercedes, a beat-up Volkswagen, with the winner making it to the top in a 1963 Chevy. “We drove right by the old outdoor pool and security. I suspect they didn’t know what we were up to,” said McDevitt.

McDevitt recalled another time when ski patrollers were checking trails and found a dead deer in the middle of a trail. The patrollers took the carcass and stood up on two legs on the side of the Jaws trail. “So when you were coming down the trail and took a turn, you’d see (a deer standing straight up) right in your face. We got in trouble from the manager over that,” laughed McDevitt.

Dick Towsey celebrated 34 years as a ski patroller and acknowledged he was hooked from the beginning. Towsey said it’s “a great life” helping people and he enjoys working with “a great group of people.” Towsey’s daughters, Heather Lund and Cheryl Delaney once served on the ski patrol. His sons-in-law, Kevin Delaney and Lars Lund, are also on the ski patrol. Like Holmes and McDevitt, Towsey shares “a sense of camaraderie” with his fellow ski patrollers and after 34 years, Towsey said he’s always learning something new. “You’re always working with kids. It keeps you young,” laughed Towsey.

Over the years, Towsey said the type of ski injuries has changed. When he first started, Towsey recalls many injuries were broken or sprained ankles. Since ski technology has progressed, most skier injuries take place in the upper body and Towsey says he is seeing more shoulder and wrist injuries and concussions. “They’re much scarier. You can’t see what’s going on and the degree of difficulty to treat increases,” said Towsey.

Jim Saulnier celebrated 40 years on the Mount Snow ski patrol and like the others, he has seen several changes over the years. Like Towsey, Saulnier remembers treating foot, ankle, and leg injuries. He sees more collisions today between skiers and snowboarders. “The biggest drawbacks are snowboarders. They ride too fast and I have no use for them at all. I’ve seen many collisions with skiers that shouldn’t have happened,” said Saulnier.

Saulnier came to Mount Snow with McDevitt in the late 1960s and he believes Mount Snow is in the best shape he’s ever seen. He credits Peak Resorts and their snowmaking efforts for making skiing more enjoyable and safer for everyone.

Holmes believes ski patrollers often go unnoticed for the work they do. He said they are a very versatile group, they enjoy helping people, and the number of years they’ve put in at Mount Snow should be recognized. “It’s nice to get a bone thrown at us once in a while. It’s nice,” said Holmes. 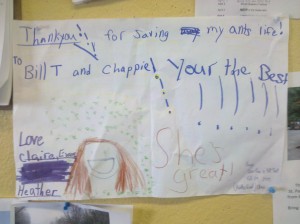 On Saturday, January 30th 2010, Mount Snow staff successfully evacuated a full lift line 11, over 300 guests, in less than an hour and a half..

Video from a guest..

lorazepam is a benzodiazapene commonly used to treat anxiety. It is also used as a muscle relaxant, sleep aid, antiemetic, antiseizure med, and for Ethanol detoxification.

Some of the signs and symptoms associated with excess use include:

This medication has high abuse potential and is used recreationally by many.

Respiratory suppression leading to the need for airway management could be a distinct possibility particularly when mixing with other CNS depressants like alcohol.